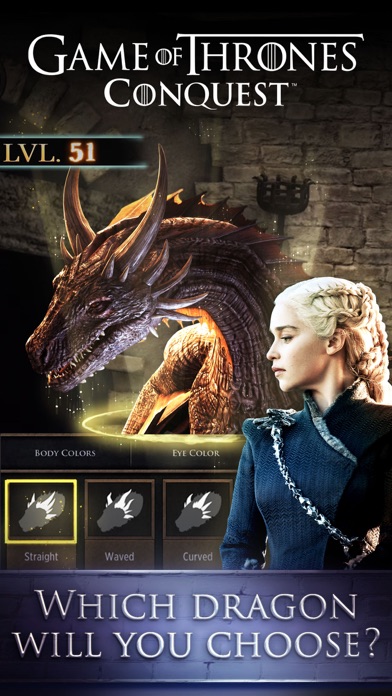 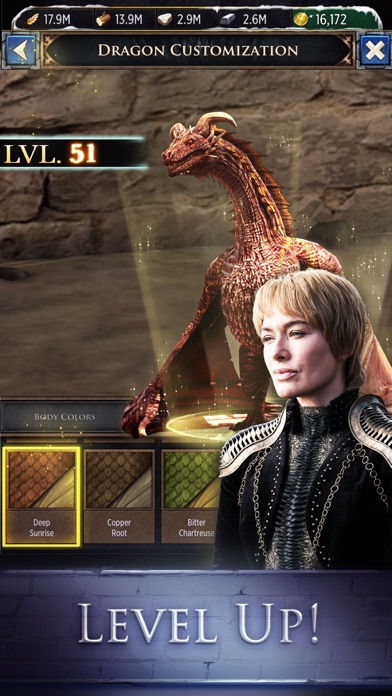 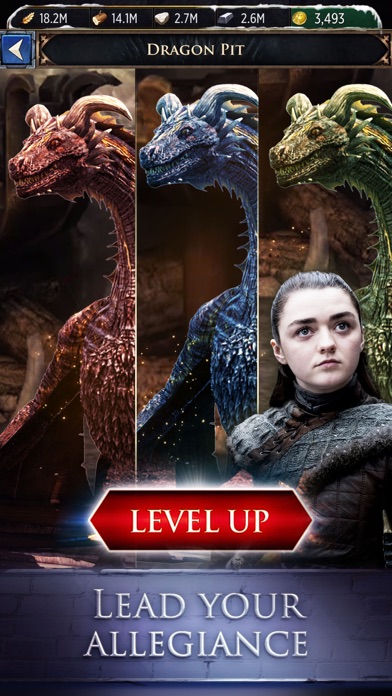 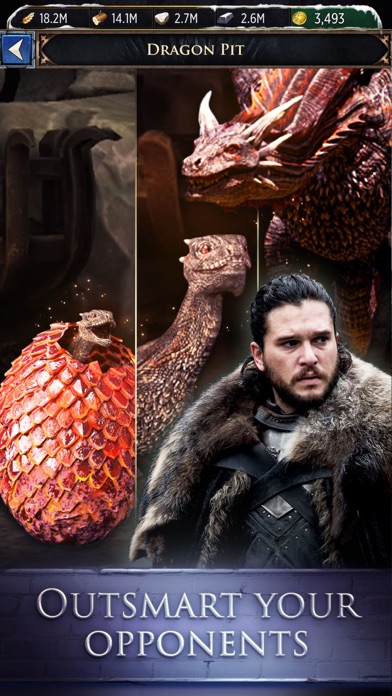 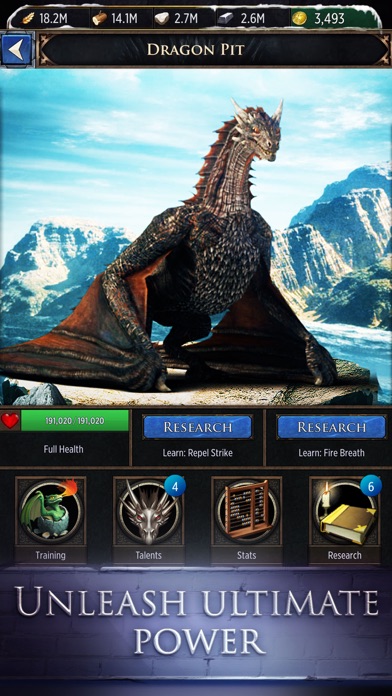 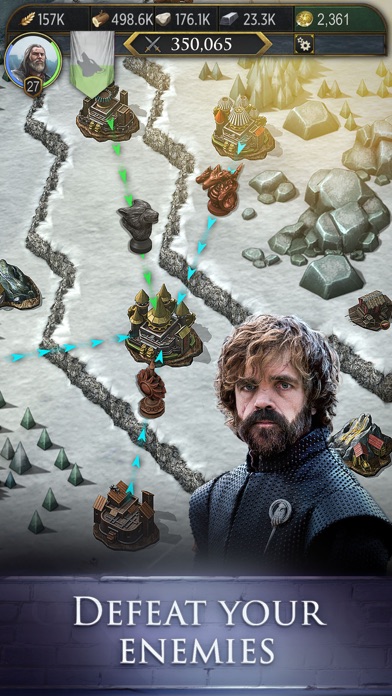 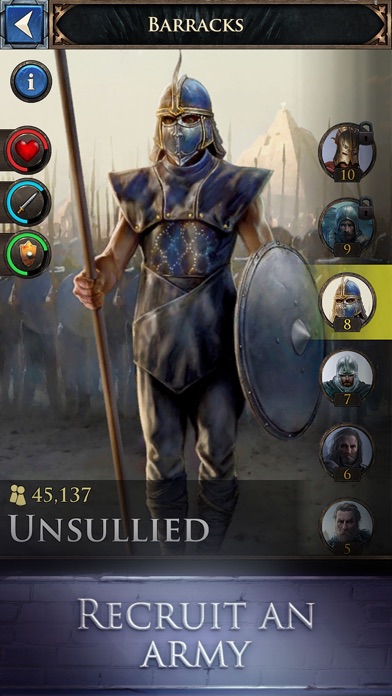 The fight for the Iron Throne still rages on in Game of Thrones: Conquest. Westeros is at war. Great houses clash, dragons rule the sky, and the army of the dead threatens the realm. Power up your best dragon, command your army, forge alliances, and go to war to conquer new territories. Live out your GoT MMORPG fantasy and rule the Seven Kingdoms in one of the most addictive strategy games you’ll ever play! Based on the award-winning HBO series, Game of Thrones: Conquest is a MMO Strategy RPG game that allows players to become a Lord in Westeros and define a strategy for claiming The Iron Throne. Join millions of enthralled players and live the fantasy of the great Lords of Westeros in this epic strategy game. Download Game of Thrones: Conquest NOW! GAME OF THRONES: CONQUEST FEATURES Build Your City & Army Become a Lord of Westeros: Build a great house and create your sigil. Gather resources to grow your army and build up your city. Form An Alliance You will need some friends to truly conquer the Seven Kingdoms and win The Iron Throne! Game of Thrones: Conquest features an innovative alliance structure that is truly unlike anything you’ve ever seen before in a real-time Strategy RPG game. Recruit your friends as bannermen as you rise in a war to take The Iron Throne! Raise Dragons Dragons have arrived in Westeros and each kingdom has its own dragon egg. Hatch eggs and grow your own dragons! Will you use your great dragon to best your enemies or protect your castle? You decide! Explore Westeros Interact with key characters from Game of Thrones, conquer iconic locations, clash with your enemies, and spread your influence in this Strategy RPG game, based on the hit HBO series. Master Your Strategy Choose between deception and loyalty as you navigate a dangerous political landscape. Master the strategy of an innovative pledge system, recruit bannermen, fight battles with your allies and live out the GoT RPG fantasy of claiming The Iron Throne and winning The Great War. Conquer Seats of Power Conquer 120+ iconic Seats of Power like Winterfell and King’s Landing. Defend your strongholds, as each Seat of Power endows you with military and economic upgrades for your kingdom. Craft Powerful Gear Much like a fantasy RPG, in Game of Thrones: Conquest, you can craft and build powerful gear sets and equipment. Gain an edge and dominate your enemies in this RTS game! Kingdom Vs. Kingdom - NEW! Plan, execute and win against your foes in PVP events, featuring a series of rewards as players compete and defeat each other in battle. This is simply the best GoT MMO experience available on mobile, combining Strategy and RPG elements to bring you a game like no other. Whether you’re a hardcore GoT fan, into MMO games, strategy games, RPG games or dragon games, you’ll find something fresh and new. Build your kingdom, grow your army, raise your dragon and devise your strategy. Wage war, clash swords, and join the battle today to best your foes and capture the Iron Throne! LIVE THE FANTASY - PLAY GAME OF THRONES: CONQUEST NOW! Join the conversation: https://www.facebook.com/GoTConquest/ https://twitter.com/gotconquest https://go.wbgames.com/GoTforums ™ & © 2019 Home Box Office, Inc. ™ & © Warner Bros. Entertainment Inc. (s19)