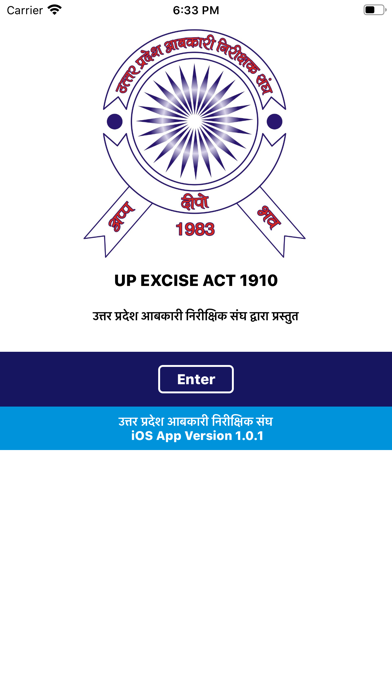 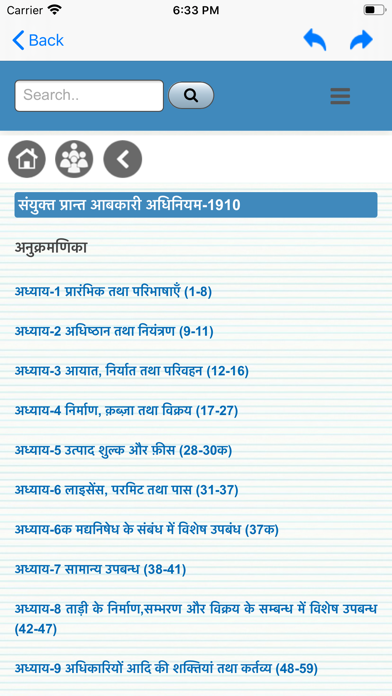 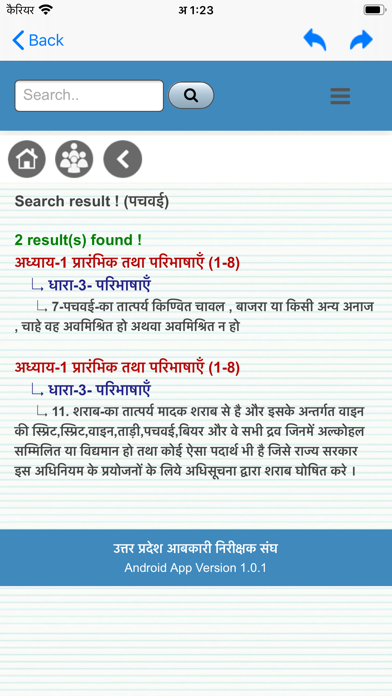 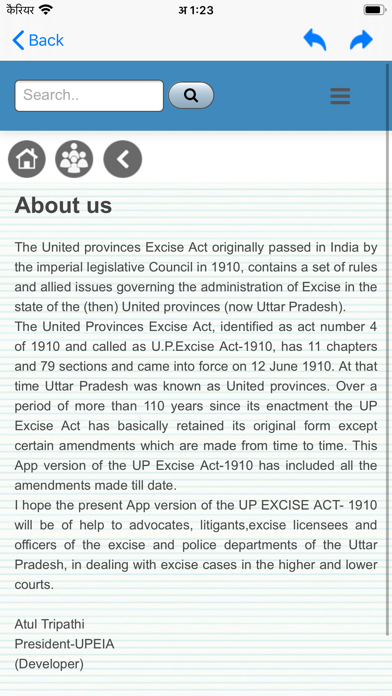 The United provinces Excise Act originally passed in India by the imperial legislative Council in 1910, contains a set of rules and allied issues governing the administration of Excise in the state of the (then) United provinces (now Uttar Pradesh). The United Provinces Excise Act, identified as act number 4 of 1910 and called as U.P.Excise Act-1910, has 11 chapters and 79 sections and came into force on 12 June 1910. At that time Uttar Pradesh was known as United provinces. Over a period of more than 110 years since its enactment the UP Excise Act has basically retained its original form except certain amendments which are made from time to time. This App version of the UP Excise Act-1910 has included all the amendments made till date.